As students prepare for their exams, questions that only assessors can answer often pop into mind. Unfortunately, most students don’t have access to assessors in most of their subjects, so we took your questions and presented them to a senior VCAA assessor who has extensive experience in marking the VCE exams that you will soon sit. Here are his/her answers.

We hope that your exam preparations are going well. 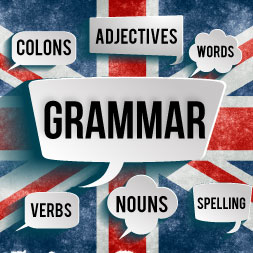 How long should a conclusion be (if even necessary) for essays and AC?

No conclusion is required for an AC.

The conclusion for an essay should be brief; it should make references to the key ideas/arguments discussed in the body paragraph. You can make some relevant statements about the nature and function of language that is related to the topic, and can have a relevant quote to conclude the discussion.

Are we allowed to use “personal anecdotes” as examples for the essay component of the exam?

Yes, you can have ‘personal anecdotes’ as examples in the essay but remember NOT to reveal your name or school name. You can use personal pronoun ‘I’ or ‘my’ but restrict it to one example.

What are some of the best contemporary examples for English language this year? How do they relate to the course? Thanks.

There are plenty of examples:

For an A+ level essay, how many pieces of linguistic evidence should you provide in each body paragraph?

At least two. Remember, you can include the stimulus material as well.

For identify questions such as ‘identify the register of the text (1 mark)’ should we answer in full sentences?

Hi, I was wondering what VCAA assessors are looking for when they read a commentary and essay. What are the important things that I should do to change my result from an A level to an A+? Thanks.

Hi, is it fine to have only 2 body paragraphs (but detailed analysis in both) for an English Language essay? Thanks.

Yes and no. It depends on how well those analysis is constructed. Remember that essays require a formal structure and hence it is recommended that you aim for an introduction, 3 body paragraphs and a conclusion.

Is there an optimal length for the essay and AC?

Essays require a formal structure, hence an introduction, followed by at least 3 body paragraphs and a conclusion is expected. Though VCAA does not recommend a word count or page length, it is assumed that to develop a reasonable response to an essay topic (and one that fulfils the required structure) with analysis of evidence one will expect at least two to two-and-a-half page of writing.

Hi, for English Language essays, should there be a balance of contemporary examples and examples from linguists or linguistic research? Which of the above is more important? Thanks.

For ACs, is there a preference for the method or approach used e.g. paragraphs in terms of subsystems or paragraphs based on register, purpose, etc.?

There is no preferred method or approach, but it is expected that students adhere to the instructions provided in the Section B of the exam. The instruction on the exam reads are as follows:

Refer to at least two subsystems in your analysis.

It is better to avoid structuring your paragraphs based on subsystems. It is preferred that the body paragraphs are structured around social purpose, context and register. Within those paragraphs remember to analyse stylistic features (phonological, morphological, lexical, syntactical or semantical features) and discourse features (for written texts, information flow, coherence and cohesion and for spoken texts features/strategies like prosodic features, turn-taking strategies or topic management strategies etc). NOTE: By including the stylistic or discourse features you are also referring to the subsystems.

Hi, to what standard are the commentaries and essays in the VCAA assessor’s report? They are “high scoring responses”, but does this mean an A level (24-26/30) or an A+ level (27-30/30)? Could you please use one of the assessor’s reports as an example?

It is hard to say. They can either be from the ‘A’ range or ‘A+’ range. High scoring response are chosen to provide a sample that most if not all students can emulate. For example, if you look at sample provided in the assessment report for Q9 of 2018 VCAA.

Language encapsulates the values and beliefs of a society, making it so interconnected and influential on each other (a valid and relevant statement about language and the topic). Dominant groups may often shape language with their overarching values, which is occasionally seen through language used towards different cultures and ethnicities (contention and argument). Language can also reflect the gender biases of society especially directed at women (argument). However, political correctness suggests that minority groups can also influence rigid social values of the majority (rebuttal argument).

The attitudes towards various ethnicities and cultures in Australia suggests gradual progression in embracing multiculturalism (topic sentence, which is quite broad yet focussed on an argument). As a nation priding itself on cultural diversity and also proudly embracing this, Australia sees many ethnolectal varieties being used on a daily basis such as ‘Chinglish’ which is a mixture of Chinese and English (narrows the focus and explains the idea expressed in the topic sentence) with a specific ethnic variety. However, these values are not always upheld as seen when a Sydney suburb mandated English signage on shop signs earlier in May, 2018. In necessitating this, it reflects ‘multicultural tolerance, not active multiculturalism’ (The Conversation), which suggests that dominant groups speaking English in Australia prefer its widespread use in society in contrast to other ethnic languages (Discussion of an example). Similarly in August this year, ABC radio presenter Sami Shah stated that he had to attend vocal classes prior to starting his radio host job to ‘flatten out [his] Pakistani accent’ and take out some of the ‘brown’. Despite speaking standard Australian English, the controversy behind Shah’s accent which is different from the traditional general Australian accent, suggests that there is generally more support for the accent spoken by majority of Australians and perhaps less so for migrants (Discussion of another example). This is mirrored in Stimulus B which states that studies show ‘English speakers who are identified with an ethnic minority group are subjected to a higher degree of negative evaluation’, which postulates that there are still varying attitudes towards the language used by individuals of minor ethnic groups as Australian English remains more prevalent and accepted (a good conclusion to this paragraph by linking it back to the topic).